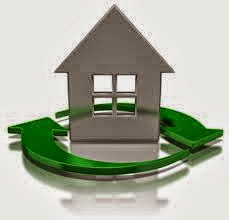 Brian Meara, CEO and Founder of The Investor Entourage, got his start in real estate as an agent in both New Jersey and Pennsylvania back in 2007. He did this out of financial necessity, fresh off a divorce, as he found himself a single father of three, three year-olds…yes, triplet boys!

Two years later, after having worked with many investors on short sale flips, he decided to change hats and “become” the investor on the deals where he was previously the Realtor. In a very short amount of time he has launched himself to the very TOP of the industry. He has closed and worked with thousands of deals that span the entire nation and is one of the nation’s top real estate investors and educators in his niche. He is still active himself and consistently closing deals of various natures and sizes.

Interestingly enough, he never sees the houses that he buys, nor does he meet the sellers, he never talks to the banks, AND he lives in the mountains of Northern Italy one month every quarter or 25% of the year…..a completely “virtual” operation!!!

A few other things from his “interesting” background:

Co-founder of the #1 selling system on the market teaching both Realtors and Investors how to properly work and profit from short sales, Flip Free Profits.

Co-Founder and CEO of a nationwide information technology staffing and consulting firm.

FIRED from every one of the 28 jobs he has held.

Achieved his Black Belt in Korean Karate (Tang Soo Do) at the age of thirteen.

Father of 5 boys, including triplets!

Went from “fat and almost dead,” just before his 40th birthday, to “ripped” with a 6-pack in less than 60 days! He found a few simple secrets and tricks that changed it all… almost overnight!

What you’ll learn about in this episode: