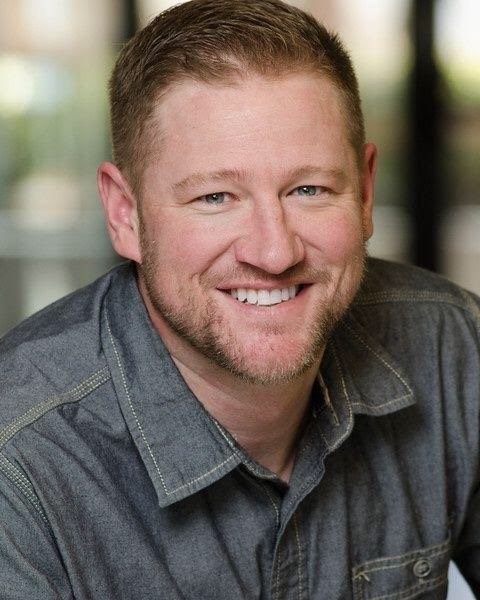 With massive strategies presented from growing audience to attracting investors, meetups and networking are two of the most proven effective. The host of Creative Real Estate Podcast, Adam Adams gives away the hacks to growing your meetups and getting the message out there to keep them posted. A firm believer of creating engagement to appeal to more audience and investors, he reveals how to spot certain pockets of people potential to pitch deals on. On top of that, learn more about Adam’s Raising Money Secrets course. —

Meetups And Networking: Always promoting the next meeting is very important, but most people miss that.

Meetups And Networking: It is more valuable for a group to allow everybody in the meeting to introduce themselves.

They’ve got to plan their day. They’ve got to let nothing get in the way of that 7:00 if they want to come. I’m warning them at 10:00 and I’m trying to give them a little bump at 5:00 and said, “Don’t forget in a couple of hours.” I can see people all over town going, “I almost forgot.” I host real estate conferences and I’ve been doing meetups for a couple of years as well. One of my favorite things is to do things like you’re saying. If you have the opportunity to say, “Whoever brings the most people wins a free ticket, wins a free beer and wins a free meal. By the way, if you buy a ticket or if you RSVP, you get two for one.” Those things are genius because you’re allowing the people that are coming to the meeting to start promoting for you. You allow the attendees to start doing the marketing. It’s a genius. I remember one of the things I did because I would always go out to eat after that someplace quiet. One time I told, “Whoever brings the most people gets to go where I go after a meetup just to come down and relax and then head home.” That was the one that seemed to bring more people wanted to spend that hour with me than anything else I offered. I was going to go sit down anyways and do whatever, so I tried to make the gifts something that fit me naturally. I’m not doing anything extra. Mitch, what else do you want to talk about? You were talking about the private money and the branding. First of all, do you see certain pockets of people potential? I see pockets, I see attorneys and CPAs is usually a place you can start to shop. When I get on a binge to find money, I started setting appointments with all kinds of real estate attorneys, contractual attorneys even litigated or foreclosure attorneys. I say, “I’m looking to get a free consult. I’m trying to find the attorneys that are going to be at my round table. I understand you’re involved in real estate. I’d like to come to show you my business, tell you what I’m into and see if you’re my go-to guy for some problems I either have or I’m anticipating that I might have.” Everyone gives you free consultation. The first thing you have to do is, “Let me explain to you my business.” I never asked people for money. I explain it to them. If they want to play, they’ll plug themselves in but I do a lot of NLP, which is I get them to open up the door to walk into the room, instead of me opening the door and guiding them in. I get them to pull me into the room. It’s a different thing. When you start asking people to borrow money, the first thing they do is they get in that stance. Let’s say I wanted to get you to ask me what I did for a living. Let’s role play. You’re anybody. Who are you? A doctor, a lawyer or an architect? Adam, I notice you’re a very sharp dressed man, I know that you have a nice watch. May I ask what you do for a living? You seemed very successful. I would naturally tell you that I’m an attorney. I thought about being an attorney for a long time, but I ended up taking a different path. Making good money is not simple. There are a lot of moving parts.CLICK TO TWEET What path did you take? You can hardly not ask. I help average people achieve above-average rates of return on their money and I give very valuable Texas real estate as collateral. It’s mostly for people who are sick and tired of looking for a ticker tape. Do you ever want to talk about that? Let me know. We go into this attorney’s office. We would say, “Let me show you what I do.” I buy houses at steep discounts. Let’s say I have this $100,000 house. I can buy it for $50,000. I borrowed this $50,000 from an entity. I pay an 8% interest only for five years. I give them a first lien on this property. Don’t you think that entity is pretty well-paid at 8%? Do you think that’s a decent rate of return, Adam? What if I wanted a higher return? There are other things that are riskier. This entity either gets paid 8% or it gets my $100,000 house, which they have $50,000 invested in. Given the risks, don’t you think this is a fair return? There’s not much risk. Yes, I do. Do you think the entity is pretty protected? Yes. I hang on this entity thing that they say, “Who’s the entity?” I tried to get them to say, “Who is this person?” Because usually if they’re business people at all, when you tell them I’m borrowing money at 8% interest only for five years, about 80% of the time they’re business people, they’ll come out and go, “Who’s loaning you that money?” That happens a lot without even provoking a businessman because a businessman wants to know. If they don’t ask that, you say, “Don’t you think this entity is pretty protected and don’t you think given the minimal amount of risk that this is a fair return for this entity?” They’ve done well over the years. I’m begging him what’s the entity. Once they say, “Who is loaning this money?” You take off your glasses, you lean back in your chair and you go, “Adam, they’re private people that got sick and tired of gambling in the stock market.”

Meetups And Networking: Allowing the people that are coming to the meeting to start promoting for you is genius marketing.

Meetups And Networking: People want to do business with people that they know, like, and trust.

I want to thank all the audience for taking time to stop by and get you some Adam Adams and hope you learned a little bit about the meetup groups. You’ve got me inspired because I am on private money raising binge myself. I feel like we’re cutting both ourselves short. This is a great subject and it’s near and dear to my heart. It’s been fun. Thank you. Do you want to do another little continuation of this with me? Let’s do it. Hopefully, maybe I can be on your show sometime. You’re 100% invited. I want to learn more about your LiveComm.com. Watch the video on the homepage and find out why I have nine days on the market and average 12% down on the houses that I sell with owner financing for 30-year fixed. I invented it because there was a need. It doesn’t sound original in the future. There are a lot of phone companies doing some things, but when you start looking at it closely, there are subtle differences that I had to invent it myself because they weren’t doing what I wanted it to do exactly and how I wanted it to do it and at a price. Sometimes when they were doing it, you couldn’t afford it because they were priced the way I wanted to use it. I was going to spend a fortune. I tried to make it affordable. Go there, check that out. What’s the name of your podcast? Creative Real Estate Podcast. I want to say thank you to TaxFreeFuture.com because you have no idea what your financial advisers are not telling you. Please go to TaxFreeFuture.com and check it out. There are 37 videos over there. Short vignettes you’re going to find very interesting. Thank you for stopping by to get you some Adam Adams. We are going to be back with Adam Adams again because of the wealth of knowledge and there’s so much to know about raising money and these meetups. Until then, we’ll see you in a bit.

-Mitch- If you haven’t given us a rating or written a review in iTunes yet — we would greatly appreciate your help! Here’s how:  Step 1: Open iTunes.com  & Login Step 2: Search for “Real Estate Investor Summit” in the upper right corner in the iTunes search box Step 3: Click on the Real Estate Investor Summit show icon in the search results Step 4: Our show page has a tab for Reviews. Click on the “Ratings and Reviews” tab Step 5: Give us a star rating and then click the “Write a Review” link to leave your review   Don’t have an iTunes account?  Here is how to get one: Get an Apple ID to subscribe and review the podcasts: If you don’t have an Apple ID or have never used iTunes before you should first go to:

Look on the left hand side about halfway down the page for the Blue Download button   Let me know if you have any troubles at support@1000Houses.com