View this episode on:

Share on FacebookShare on TwitterShare on Google+Share on Linkedin 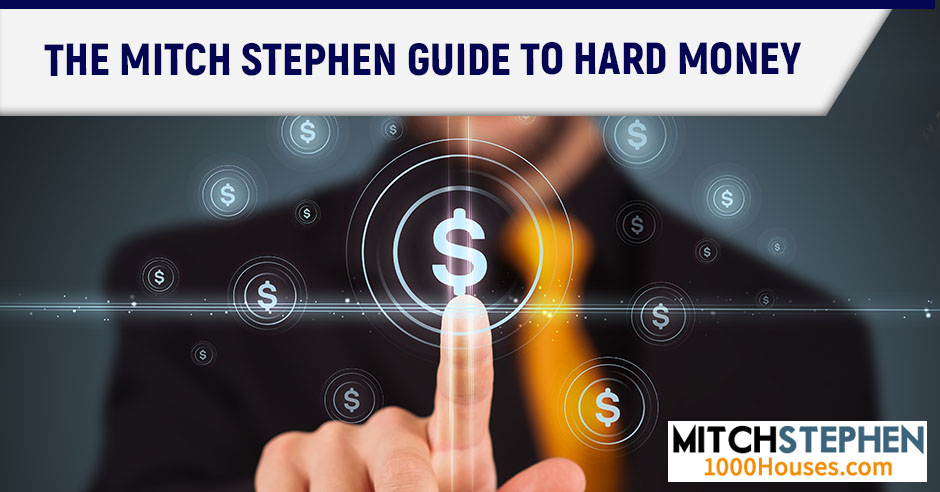 Many people try to get away from hard money because it is expensive. But try as they might, they still end up using it in one way or another. So what is there to do? How can we make it worth its while? In this episode, Mitch Stephen offers a guide to hard money. He covers the necessary things we need to know in order not to waste it. After all, time is money. And wasting time is not something many of us can afford. Join Mitch in this brief but jam-packed conversation!

I’d like to give you a short solo cast on hard money. Using hard money is something we’ve all done before. It’s exactly what it says. Let’s go through the definition. Hard money is usually short-term and expensive as things go. What’s expensive is not being able to find the money so that you can consummate your terrific deal that has the potential to make a lot of money. While hard money is expensive, there’s a saying in the business, “It’s not the cost of the money. It’s the availability.” That is only withstanding that you have a terrific deal that can outrun the expense of the hard money. When you use hard money, you want to make sure that you’re not wasting any time, because time is money.

The rate is clicking all the time. Your expenses are going up every second. You want to have a good plan. You want to move fast. It’s for flips or wholesales. People don’t use hard money for wholesales. When you can take a deal down, meaning you can consummate the deal, buy it from your seller, get it in your possession, slow down, calm down and take your time. You’re probably going to make a lot bigger wholesale fee than if you’re in a hurry fighting a deadline and having to deal with only known proven buyers. When you take the deal down with hard money, you can sit back and find the right buyer. The problem with hard money in doing wholesaling is that they have a minimum fee and that could kill your wholesale profit. It depends on the hard money lender.

When you use hard money, you want to make sure that you're not wasting any time because time is money. Click To Tweet

Most of the time we’re using hard money to buy something, fix it up and retail it for a large profit $20,000 or $25,000 or $30,000. I don’t like to do retail deals that involve rehabs when there are thin margins. A lot of things can go wrong and that can be a lot of unexpected expenses during the rehab process. You can also take longer to sell than you thought. You can also maybe not be able to sell it for as much as you thought. There are a lot of reasons why you have to have big margins when you’re dealing in the buy it, fix it, and retail it strategy.

Hard money is a stepping stone. Use hard money until you can find private lenders. Private lenders are more of a soft money and less expensive. The great thing about private lenders is that you dictate the terms. I’m out advertising for private lenders fifteen years fully amortized at 10% or 9% or 8%. It depends on how aggressive my potential lender is and how much 10% money I already have. If I have a lot of 10% money, then I start going out. The next time I meet a potential soft money lender or private lender, I’ll start asking for 8% and 10% because I’ve got plenty of 10% private lenders. When you’re doing your buy it, rehab it, retail it, it doesn’t matter the cost of the money. As long as you get it done in a reasonable length of time, whether that’s 60 or 90 or 120, maybe even 180 days. It depends on how big a margin you have. You can get these things done fast enough that the turnaround time doesn’t kill you in that high interest rate that the hard money lender is charging you.

The last, but not least, shop around and be early. Shop around early, lend on them early, get your applications in, get everything you need to them in advance even while you’re looking for deals or before you find a deal. A lot of times, these deals that you find, the reason you’re getting them at such discounted rates is because there’s a lot of pressure on this deal. It has to close by the foreclosure date, which is only a week or so away. It has to close for some other reason because your seller has needs and the clock is ticking. You don’t want to wait until you find a deal to go out and get set up with your hard money lender. You want to find your hard money lender. You want to learn the rules, the fees and everything that they require. You want to get this relationship with your hard money lender well in advance so that when you find a deal, you’re already positioned. 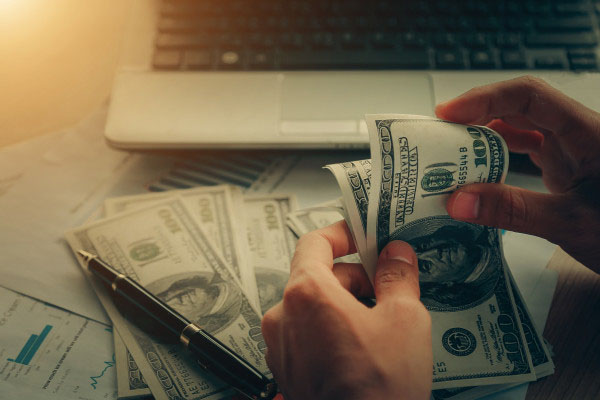 Hard Money: Hard money is usually short-term and expensive as things go. What’s expensive is not being able to find the money so that you can consummate your terrific deal that has the potential to make a lot of money.

Your hard money lender already knows you, already approved you. All they have to do now is approve the deal, approve the collateral, go out, and they may require you to get an appraisal and get a rehab budget from you or some things. Figure out what they want. Get there early and use hard money as a stepping stone. You do some hard money deals and you don’t spend the money that you make. You might spend a little bit of it to pay your bills or whatever. You can bank most of the money you make on your first several hard money loan deals so that you can get into a position to start finding private lenders or to fund deals yourself. Even add some of your money to what you want to borrow so that you don’t have to borrow as much because hard money is expensive.

Check it out. Using hard money can be a great asset. Remember, it’s not always the cost of the money, it’s the availability. A great deal won’t even flinch at hard money in a higher interest rate or a short-term, but you have to find the right deal for it. I want you to go to 1000Houses.com, check out all the free stuff I have there. Check out my books. I have three books all under the My Life & 1,000 Houses series. The first book was My Life & 1,000 Houses: Failing Forward to Financial Freedom. You can see all these books on Amazon or you can go right to my website and buy them there. Usually, when they come from my website, they’re all autographed.

The second book I wrote was My Life & 1,000 Houses: 200+ Ways to Find Bargain Properties. It starts out with very economical ways to find houses for people that are starting out with little to no money. As the book progresses, so does the cost of the strategy to find the houses. When you get to the end, there are ways to set up with a budget of $1,500 or $2,000 a month, where you have other people finding you houses. You’re going on the appointments to get the contracts signed or to negotiate the contract. That’s where you need to be.

Lastly, I did My Life & 1000 Houses: The Art of Owner Financing. This is the art of buying houses with OPM or Other People’s Money and then selling your house on a 30-year fixed wraparound mortgage, where all you are responsible for is to collect the payment. It’s not your air conditioner. It’s not your roof. It’s not your hot water heater. That’s the unique proposition that I offered. I don’t know a lot of people buying houses with OPM, with permission to wrap their note and sell with owner financing. Check it out at 1000Houses.com and be sure to click on that Free Stuff tab. I have a ton of free stuff there. I’ve been accused of giving away too much, but it’s all okay. To those who give, much comes. That’s my philosophy. Have a great day, week, month and hope you’re working on a great year.